On the evening of October 29, 2009, Norristown native, Jason “Jake” Moletzsky, was one of seven Guardians and two Marines who were lost at sea when his Coast Guard C-130 airplane suffered a midair collision with a Marine Corps AH-1W helicopter.

In 2011, a small group of Coasties in the Florida Keys set out to change the way fallen Guardsmen are remembered. Focusing their efforts on action instead of words, they proposed a 100 mile “Run2Remember.”

Since its inception, Jake's R2R has raised over $98,000. The committee is proud to report approximately $70,000 has been donated to the Coast Guard Foundation’s Fallen Heroes Scholarship Fund. This fund acts as a lifeline to active duty members and their families when a family or Coast Guard unit is faced with the devastating loss of a loved one in the line of duty.

In addition, $28,000 has been raised and donated locally to the Jake Moletzsky Scholarship Fund and the JROTC at Norristown Area High School.

Our generous sponsors & supporters have helped us continue to honor the memory of Jake and those who have paid the ultimate sacrifice each year through our run.  There are many ways to contribute, visit the "SUPPORT" tab our of website for more information. 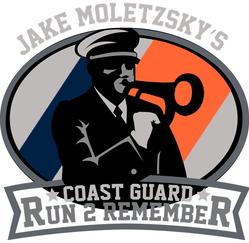